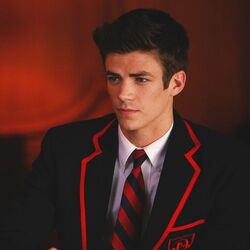 Jason Kazor is the Head Prefect at the Watchers' Academy and the boyfriend of Clarkson Wyndam-Pryce.

Jason was born on September 3 to Deegan and Joanne Kazor. He is an only child, though the rest of his family comprise of famous demon hunters and watchers. As a result, Jason was forced to follow his family lineage and also train as a watcher. He attended the Watchers' Academy.

Jason is snobby, especially to those of a lower class. He has come from a distinguished background and often flaunts his wealth.

Retrieved from "https://buffythevampireslayerandangelfanon.fandom.com/wiki/Jason_Kazor?oldid=6703"
Community content is available under CC-BY-SA unless otherwise noted.